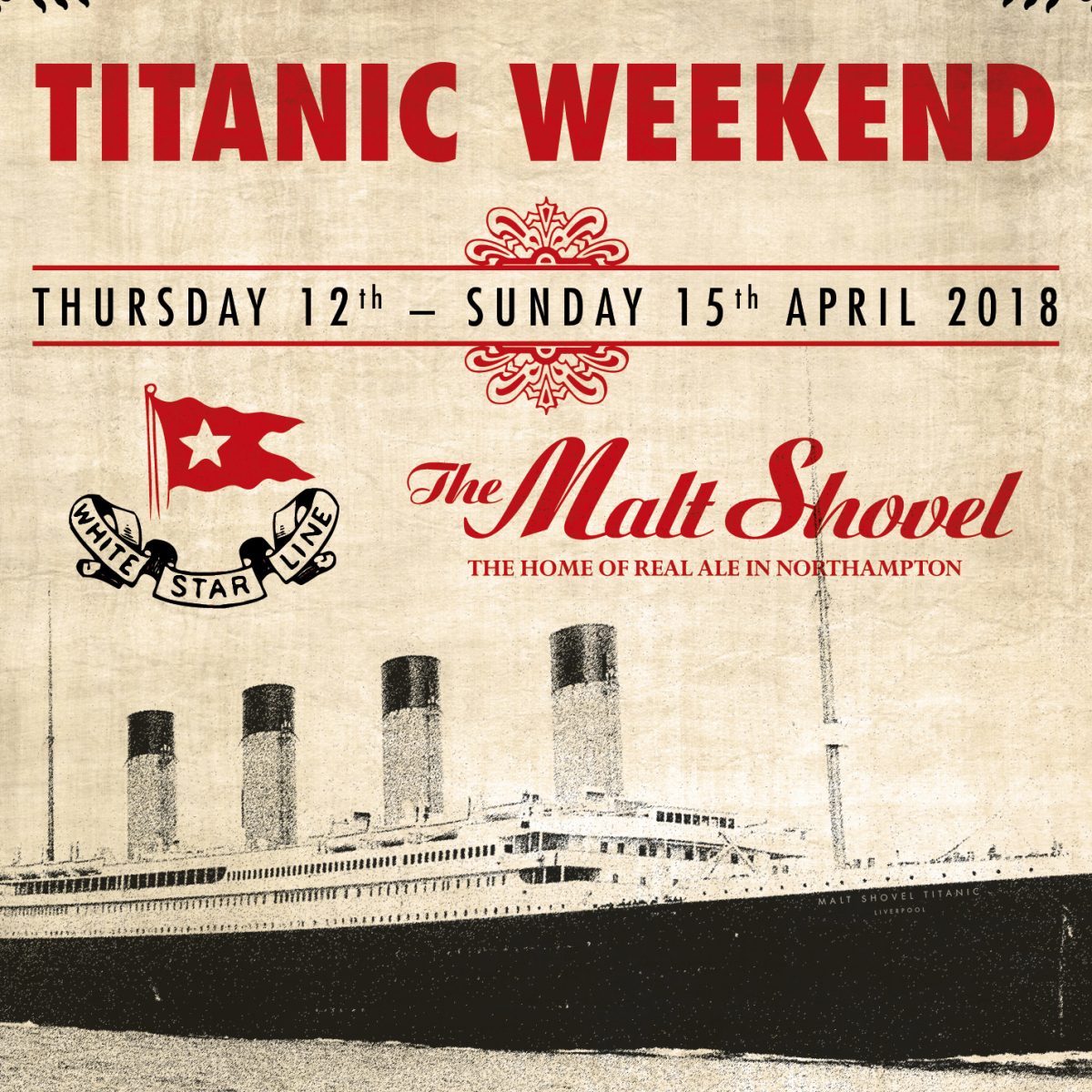 The Malt Shovel Tavern will be remembering RMS Titanic this month, with a long weekend of good food, good beer, and good music from local band Simply Floyd.

Titanic, the largest passenger liner of its day, sank in the North Atlantic Ocean in the early hours of April 15 1912, after colliding with an iceberg during its maiden voyage. More than 1500 passengers and crew, from the estimated 2200 people aboard, died in the disaster – one of the biggest peacetime maritime disasters in modern history.

We set sail on Thursday 12 April, with seafood sharing platters served up between 12 and 8pm. Opt for a £14 first class ticket, featuring smoked salmon, mackerel pate and prawns. Or go second class for £12 and enjoy scampi, cod goujons and chunky chips.

Spend your day in the bar on Friday 13 April, where we will be serving six thirds of Titanic Brewery ales for just £6. Deck entertainment starts at 9pm with Simply Floyd, Northampton’s finest Pink Floyd tribute band.

On Saturday 14 April, we’re raising money for Northampton Sea Cadets. Spend £5 on a pint of Titanic Ale and a hot pasty and the proceeds will go to the cadets.

And on Sunday 15 April, we will be serving a Titanic Remembrance Maritime Menu between 12 and 4pm.